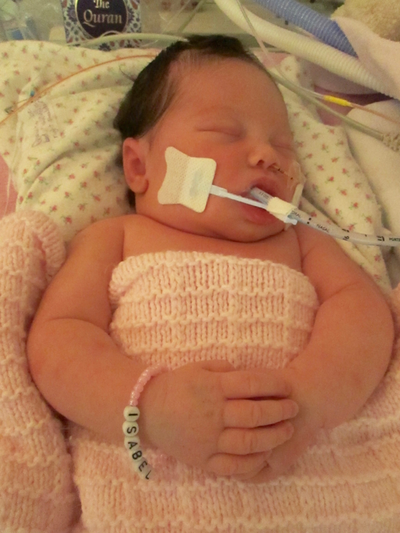 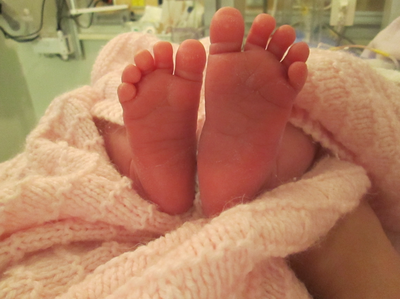 ​It was all happening right under my nose, and I had no idea.

It was the morning of my due date, I had, what I hoped to be, my last appointment with the midwife. I dropped Ethan off at daycare, then headed to the grocery store. I did a big shop because I knew the baby was coming soon. I got to my appointment on time, and was taken in right away, minutes later, my life was changed forever.

Even though I could feel the baby moving, and the midwife could see that she was moving, she had a difficult time finding a heartbeat. And then she found it, it was extremely low. She rushed me out of there and sent me to the hospital, alone driving in my car, because an ambulance would take too long, she said, and my other midwife was already at the hospital for another birth, so she would be waiting for me. I am so lucky that I didn't get into a car accident that day; something I never even thought of until later on. It's like I went into survival mode, to get the baby to the hospital.

We don't know when she went into distress. It could have been weeks, days, hours before. A question we will unfortunately never have the answer to.

Our beautiful daughter, Isabel was born at 12:47pm via emergency c-section. She had a full head of dark shiny hair, and weighed 8lbs 4oz. She was perfect.

She was not breathing once delivered, and I was told, it took nearly 3 minutes of resuscitation, and then she was rushed to the neonatal intensive care unit and hooked up to oxygen. I had no idea the next 8 days would be the most unforgettable moments of my life. I was so hopeful each day, but at the same time I was not really accepting the severity of her condition. This naivety is something that I'm actually so very thankful for today, because if I wasn't so naive, I wouldn't have completely enjoyed each of those moments with her, I would have been a stressful and emotional mess. Everyday, I was aching to be with her, to sit next to her and just stare at the beauty of what my body created. I somehow woke up between 4 and 5am everyday, and this is the time I would sneak away and spend hours alone with her, it was so sacred and special.

Isabel had birth asphyxia, which is when the brain doesn't get enough oxygen. It occurs about 4 in every 1,000 births. For Isabel, it caused severe brain damage. We don't know why, when or how. There was no reasonable explanation. Cord, fluid, and everyday leading up to that point was normal. We will never know. All we know is that we were blessed with a beautiful little angel whose purpose was to leave a huge imprint on our hearts forever.

Isabel's last day with us was October 9, 2015, and not a day goes by that I don't think about her sweet face, or feel her presence in some way.

Ethan continues to be the light of my life, I try not to take my time with him for granted and definitely don't cry over spilled milk! I am constantly learning new things from him. He has a lot of developmental delays, so he didn't understand at all what happened. We have made some routines with Isabel though, so I think he knows now that he has a baby sister. He brings her picture to me often and we both give her a kiss, we say goodnight prayers to her, and we bring her beautiful flowers often together. I want my son to know that he has a sister, and that she is just watching and protecting us from up above instead of down here with us. She has changed our lives in so many ways, most of which I am still learning. The sky is more beautiful, even the trees are more beautiful. All the things that were right in front of me all along, have suddenly popped out and shown me there is so much to be thankful for. And that I'm very lucky to be here.

I'm hopeful for another sibling for Ethan, but will be patient for that day to come. Grieving for Isabel is so important to me, and I must take time for it. As hard as it is, and as much as I just want it all to speed up, I am slowly coming alive.